Ishida Sui (hereafter Ishi): I’ve made you wait quite a while since we began talking about this, until I could show you the finished storyboard.

To: No, no. You were also drawing your regular comic, so it couldn’t be helped. I’ve read the story, and it was really good. I didn’t think it was going to be this long, so I was very surprised.

Ishi: Since this project began I’ve had this storyboard in my head constantly, but internally the bar kept getting higher… Because I was going to show it to Togashi-sensei, whom I greatly respect, I didn’t want to show him anything poorly done, and I wanted to construct my own worldview within “Hunter x Hunter”, and so many other things I kept overthinking – it really hindered my progress (laugh). I spent a whole year that way, taking two steps forward and one step back.

To: Since “Hunter x Hunter” is the kind of work which, to a certain degree, can accommodate any worldview, I really wouldn’t mind if you had just freely created a setting. About the manuscript, though – this is drawn in a lot of detail. It’s not like an under drawing or a rough.

Ishi: Yes, I don’t normally draw this much…

— This is a story about Hisoka, but is Hisoka really your favourite character in “Hunter x Hunter”?

Ishi: That’s right. When I was in junior high school, the first manga I copied was of Hisoka. It was the scene where Hisoka is letting down his hair after a bath, after he has a battle in Heaven’s Arena. It was so cool I just had to draw it (laugh).

To: It’s true, I also like when a character with swept back hair lets it down. That scene was influenced by the main character in “Shounan Bakusouzoku”, who normally has a pompadour. He was so cool when he let his hair down, I decided I had to put it in my manga. “Yuu Yuu Hakusho”’s Yuusuke is the same.

— Chrollo from “Hunter x Hunter” also has a scene like that, doesn’t he?

To: Out of the characters in “Tokyo Ghoul”, I like Juuzou the best. I like Hisoka too, and they’re kind of similar. They’re a bit crazy – like how they enjoy hurting themselves. I’ll keep hurting him nicely in “Hunter x Hunter”, as well (laugh).

Ishi: I’m looking forward to it (laugh). Since starting on this storyboard, I’ve drawn drafts I didn’t end up liking, even stuff I drew and immediately after thought “This is no good.” And in the midst of all that I lost sight of what was fun about it. I was taking it too seriously, I think. I even told my editor “If this keeps up I might not be able to make comics anymore.” And they said something like “To hear Ishida-sensei say that after coming into contact with Togashi-sensei’s talent makes me happy”. I was like “What are you saying when I’m this upset?” (laugh). I think my editor appreciates me, but I really felt like I had no allies.

To: It’s true – the scariest state for a mangaka is when you can’t remember why it’s fun.

Ishi: It really is. It felt like I was in a fog. I even started thinking it wasn’t good for me as a mangaka to be making a derivative work out of Togashi-sensei’s story. I really was overthinking.

— When you were thinking about the storyboard, you read over “Hunter x Hunter” a lot, didn’t you?

Ishi: I did. I marked all the pages Hisoka appears in, I tried to figure out a pattern in the suit marks in his lines…

To: I’m just choosing those by intuition (laugh).

Ishi: You don’t have any rules?

To: Not really. Just that Hisoka uses a heart with people he likes. I don’t have any idea how diamond and clover are different.

Ishi: When I analysed it, I thought “Diamond” was often used when Hisoka is being serious. “Clover” gets used more when he is thinking something over.

To: Since I’m choosing with my intuition, it’s possible that I’m unconsciously creating those patterns.

Ishi: Hisoka is a really mysterious character, so drawing him is really difficult. I was looking for hints in places like that.

To: How much you can bring out his whimsy is very important. When I want him to do something the most is when he is least likely to move for me. It’s easier to just step back and not think about anything – then he will move on his own. It’s the same way right now in the main story – I just create the surroundings, environment, battle set-ups, and leave Hisoka’s movements up to Hisoka. Then his character will burst out for me.

Ishi: You’re right, I can see him bursting out just with my imagination (laugh).

To: But I kind of put on the brakes.

To: Hisoka wanted to do more, but there were some places where I put on the brakes inside myself. I regret that a little bit.

— Togashi-sensei, when writing your manga, are there times when you can’t control your characters?

To: I think manga is more interesting when the characters aren’t under control. When I write manga, I first think of a rough outline. But when I actually write the characters, sometimes they say things that are completely different from the storyline I thought of. But I think “This line really fits them!”, and then I have to give up on the original story. But I think it’s much more interesting when that happens.

— Togashi-sensei, what impression do you have after reading Ishida-sensei’s storyboard?

To: At the end, Hisoka uses Dokkiri Texture to transmute a handkerchief and hide the villain’s face, but I had actually thought of using this technique later on in the main story. So I thought Ishida-san had a good sense for using Nen.

It’s really interesting when different people have the same thought.

Also, I thought Ishida-san’s villain was well done. Not just this character, but everyone Ishida-san draws has good atmosphere. I think you get a sense of what manga he has read, and what kinds of pictures he likes, but even his stern old men have a beauty to them. This isn’t something you can achieve through hard work alone. His battle scenes also have a sense of speed which is pretty cool.

To: At the beginning there’s a scene where Hisoka is lying on the ground – did you leave the reason ambiguous on purpose?

Ishi: Yes. I specifically decided not to draw the background for the first scene.

To: That really makes the readers think.

Ishi: Among the discarded drafts, I had ones which talked about Hisoka’s childhood environment – some where he was from a rich family and some where he was poor. But I felt really uneasy about that. Hisoka is the kind of character who doesn’t talk about his past – I felt like as soon as you bring that in, he stops being Hisoka.

To: That’s true. Digging into a character’s past is difficult. It’s like, no matter what story you tell, it won’t surpass the readers’ imagination. Rather than making it clear, it’s more fascinating to leave some things unknown. In Ishida-san’s storyboard, it’s fun to imagine why Hisoka is lying on the ground. I’m very glad that you wrote him like this.

Ishi: Togashi-sensei, do you have an idea of Hisoka’s past?

To: I don’t. That’s why I tried not to think about it. But now I’m thinking I might one day be alright writing about a time in his past just a little before Ishida-san’s manga. Deciding how far back to go is difficult, though.

To: I think my mental age has stopped somewhere between the second year of junior high school and the second year of high school (laugh) [A/N: American system 8th-11th grade]. I think I’d like to write about Hisoka around that age. If I wrote something set any earlier, I’d have to talk about what kind of family he came from, what his parents were like – I think that’d be explaining a little too much.

Ishi: This is just my own idea…. But I can’t really imagine Hisoka having a father. He doesn’t seem to have any influence from a father.

To: In the manga I’ve written so far, all the characters including protagonists have various family situations – many of them have single parents. Even though both of my own parents are still alive and well, and my family situation is pretty typical (laugh). But when I write manga it just comes out that way, especially main characters, or people I think I will have to draw for a long time. Of course, I think parents are just in the way when it comes to a manga story.

Ishi: That’s true, I’ve also had times when I thought parents were in the way in a story. In “Star Wars” the adults who raised the main character get killed right away, and in “Gundam” the story starts when the parents die and the protagonist must leave them. I’ve had the vague idea for a long time that there’s a kind of theory when writing a story that it’s better if the parents are gone.

To: Yes. That’s because the parents in a story are only there to oppose what the protagonist does. For example Gon in “Hunter x Hunter” would be in the upper grades of elementary school in the real world. If he had good parents, they’d never let him go on such a dangerous journey. When you think about it like that, parents really are in the way (laugh). So I thought it’d be better if he didn’t have parents to begin with. Eventually that became a story about searching for his parent, and then I decided on the concept of making his parent a really awful person.

To: By the way, after reading Ishida-san’s manga, I thought I would like to write a manga about Hisoka’s past connecting to that first scene. I don’t know when that would happen, though (laugh).

To: After reading it, I really felt like connecting something to that opening. If Ishida-san really has no idea what happened before Hisoka was lying on the ground, and if it’d be alright if I did whatever I wanted with it, I’d think I’d like to draw it. Also, I think I’d like to play around with the circus troupe as well.

Ishi: I was worried about even making this storyboard, so to have Sensei speak that way about it…. I’m honoured, I’m really happy….. 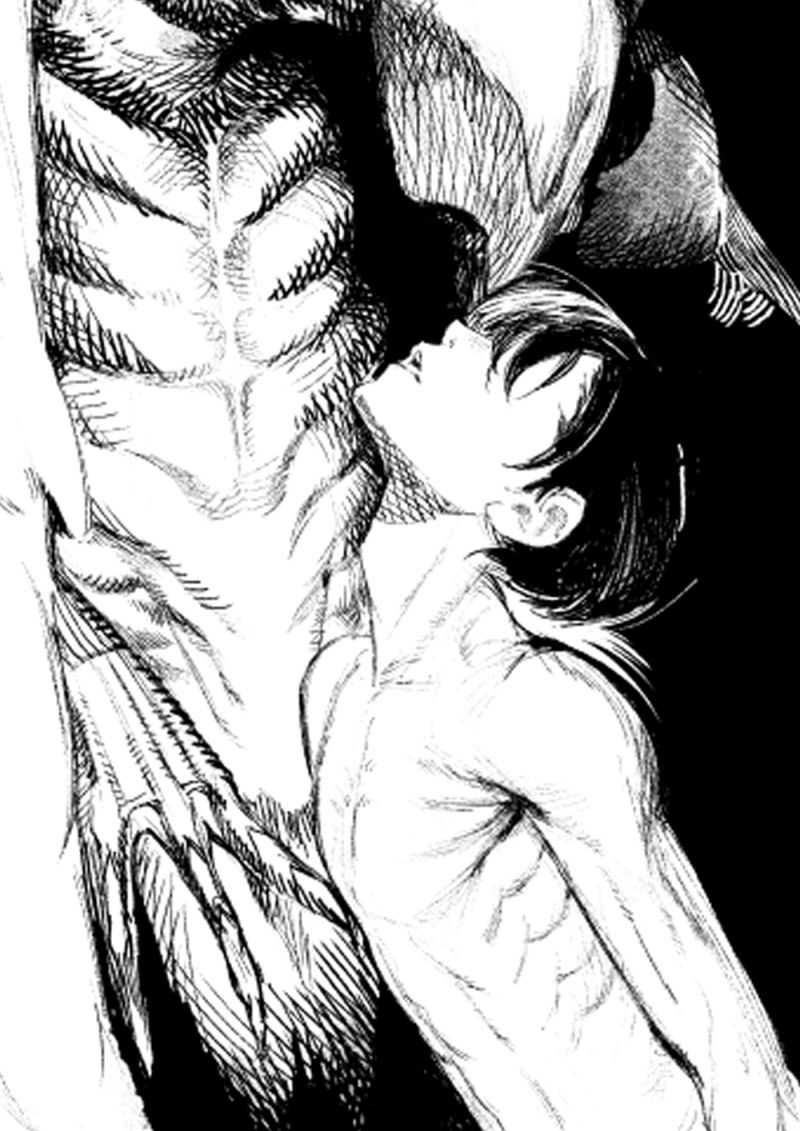 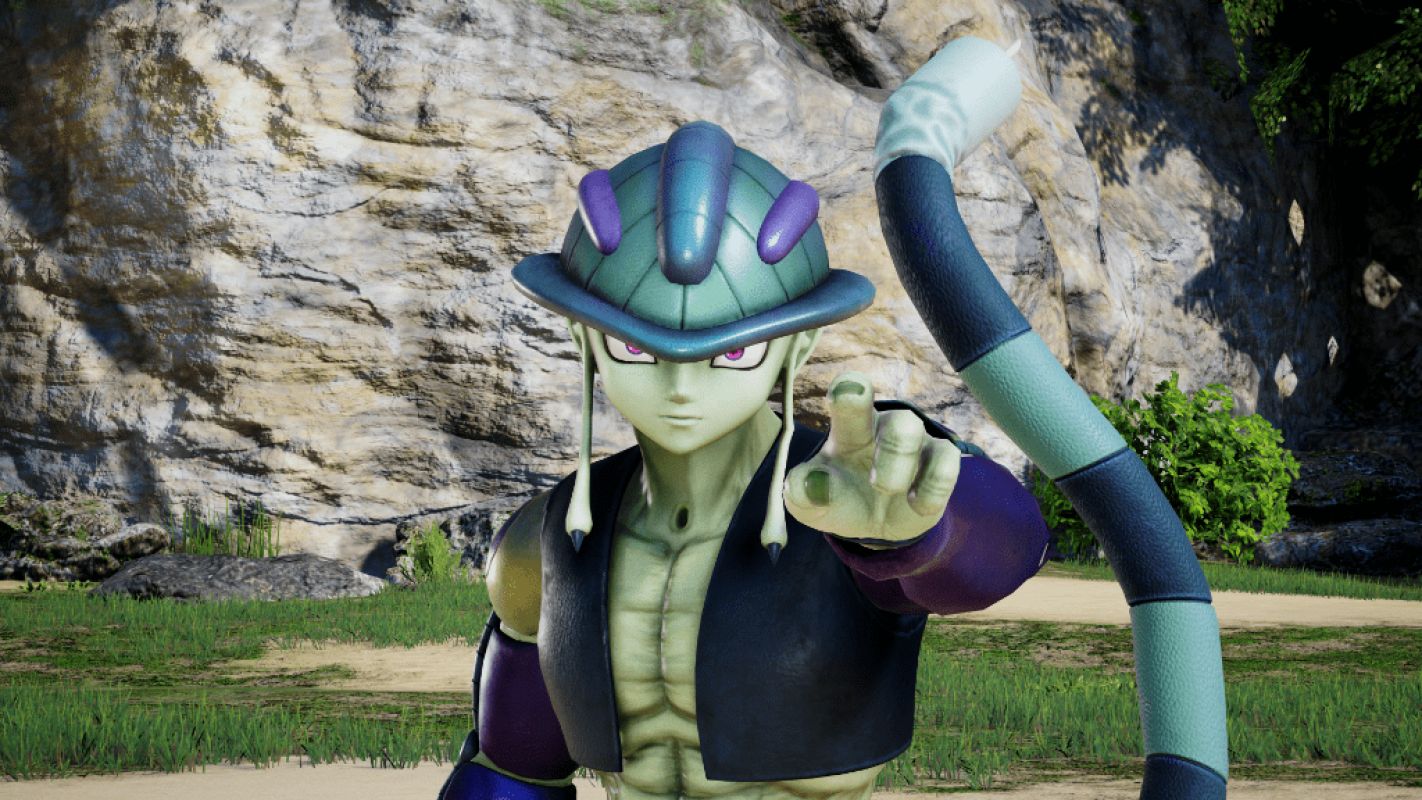 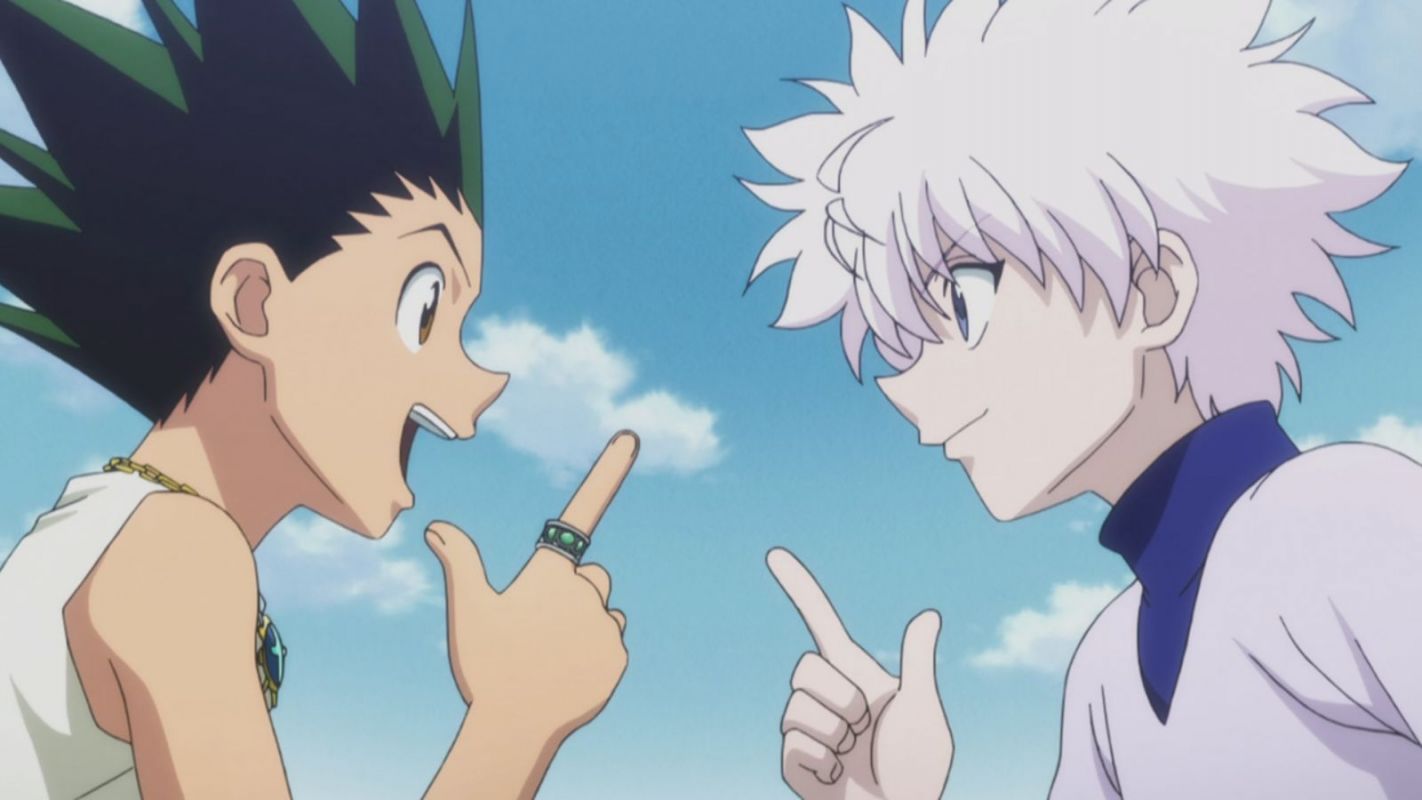 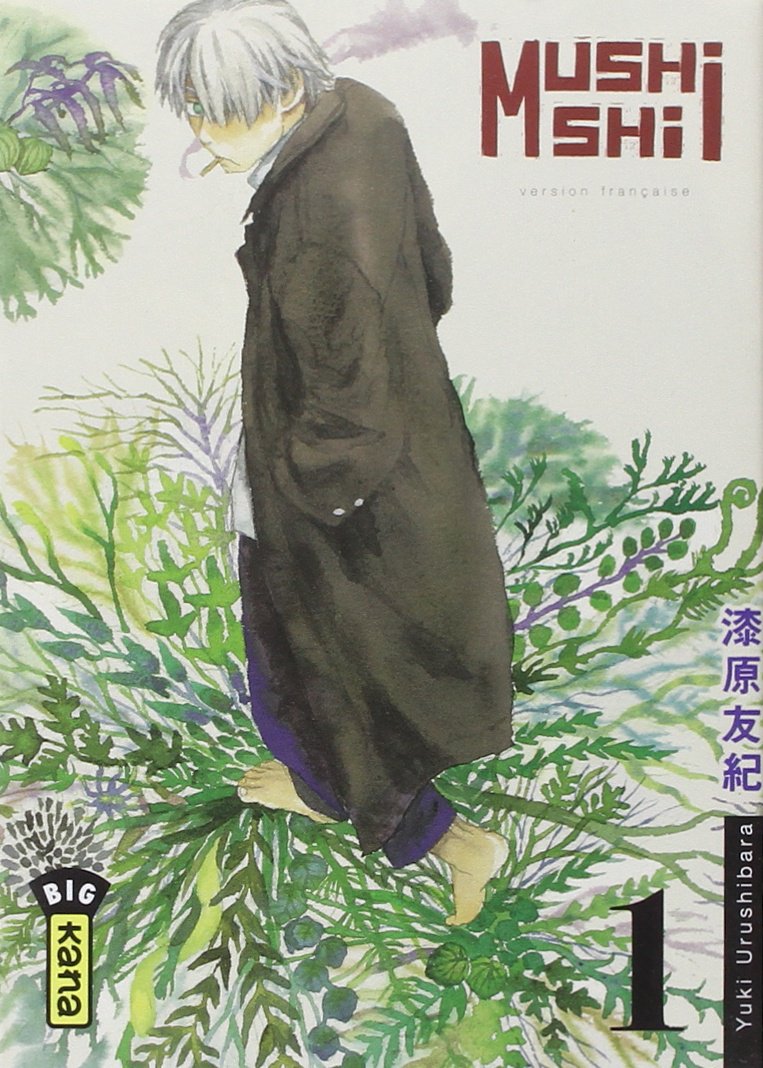